Without a clearly defined base or home in the overall public education system, Adult Education has been vulnerable in any debate about priorities. In some locales, it is part of the K-12 system and in other places it is a part of the community college system.

On June 24, 2015 Governor Jerry Brown signed into law Assembly Bill 104, a major education trailer bill that accompanied the state budget. AB 104 included Education Code sections 84900 to 84920 that define the requirements for the state’s Adult Education Block Grant (AEBG) program. These provisions are included in the AES AB104 Handbook on the AEBG, which can be found here.

AB 104 represents the actualization of planning begun with the passage of AB 86 in June 2013 as a part of the state budget. AB 86 provided $25 million to 71 consortia statewide composed of K-12 school districts offering adult education and community college districts.

The Adult Education Block Grant program in AB 104 represents the ongoing transition from the AB 86-initiated planning to the actualization of consortium-based delivery of programs. The 2015-16 state budget appropriated $500 million to implement the AEBG, with an additional one-time allocation of $25 million to address data collection and reporting of consortium results. The 2016-17 state budget also provided $500 million for the AEBG.

Since fiscal year 2015-16 is the initial year of the AEBG, it is predictable that the grant’s statutory provisions and funding will remain the same for the upcoming fiscal year 2016-17. The Governor and Legislature will assess the grant’s implementation and results before committing to changes.


The following is an excerpt from the summary of the proposed budget Governor Jerry Brown presented in January 2015.

As the state’s economic recovery continues, many Californians are entering and returning to the workforce seeking jobs that require more education and training. However, the does not have a coordinated approach that links efforts of various entities—traditional K-12 schools, adult schools, community colleges, universities, and local workforce investment boards, libraries, social service agencies, public safety agencies and employers—and the resources do not effectively develop skills needed in the workforce. Increasing the resources and better targeting where they are used will increase the skills of California’s workforce and better meet the demands of the growing economy. Making this investment strategically will also help reduce the number of Californians living in poverty.

For the last several years, the Census Bureau has reported that about 16 percent of California residents are living in poverty—slightly above the national average of 14.9 percent. The Census Bureau’s supplemental measurement of poverty, which considers broader measures of income and the cost of living, reflects a poverty rate of 23.4 percent (a three-year average). Additionally, while the state’s economic condition has improved since the Great Recession, the increase in wages and salaries has been uneven, with much of the gain being made by the state’s wealthiest residents.

Investing in assistance programs alone will only marginally improve the situation for those living in poverty. Investments that improve a range of educational outcomes (such as basic literacy, graduation from high school, certificate programs, and college degrees) and provide tangible skills desired by employers generally increase an individual’s earning potential. This type of investment can provide a permanent path out of poverty and to greater personal advancement. 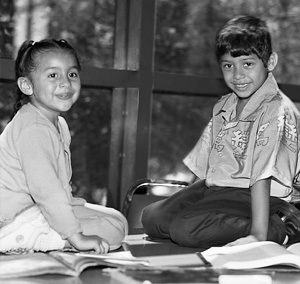